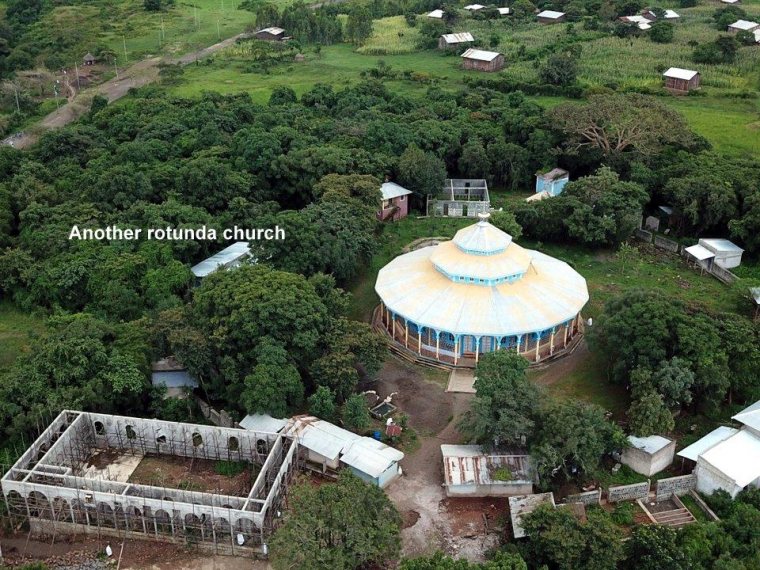 Whilst in Bahir Dar, one must do your pilgrimage to the myriad ancient Orthodox Monasteries that are hidden in the small islands and remote peninsulas.

After fending off the various hustlers for boat tours, I found a boat company which has a daily boat trip to see a few Monasteries, and the Source of the Blue NIle.

These churches are all quite ancient, some dating back to the 13th century, accessible only by boat or by a long road trip. They are all built in a rotunda shapes, the big ones has two round layers, the outer bamboo wall, with an square inner sanctum, all shrouded in some mystery.  Some churches allow only males, which is quite annoying for the female travelers, they have to wait at the pier.  Ancient practices are still very much prevalent here.  Gay couples could be thrown into jails here.

The Ethiopians are very pious, most people would kiss the door, the wall on the way in.  There are an entrance fee plus an extra video fee charged, the local custom.

The Source of the BLue NIle, is really just a muddy patch of water, the beginning of Lake Tana's water flowing into the Blue Nile, eventually joining the White Nile ( from Uganda, Lake Victoria ) down stream at Khartoum to become the Nile.  There we found a few snoring Hippos, as usual....