Bale Mountains National Park is 2,400 square kilometres (1,488 square miles) in area, covering a wide range of habitats and ranging in altitude from 1,500 to 4,377 metres (4,920 to 14,357 feet), southern Ethiopia's highest point. The spectacular Harenna escarpment running from east to west divides the area into two major parts. To the north is a high-altitude plateau area, formed of ancient volcanic rocks and dissected by many rivers and streams that have cut deep gorges into the edges. In some places this has resulted in scenic waterfalls. 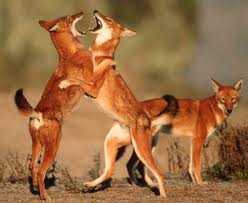 The vegetation here varies according to altitude. Around Dinsho, in the north, there arc grass riverine plains, bordered by bands of bushes, particularly sagebrush and St. John's wort. Wild flowers, such as lobelia, geraniums, 'red-hot pokers', and Alchemitta, form carpets of colour. Higher up the mountains heather appears either as small bushes or as mature trees. The high Sanetti Plateau, at 4,000 metres (13,120 feet), is characterized by Afro-alpine plants, some coping with the extreme temperatures by becoming small and others by becoming large. The best example of the latter is the giant lobelia, whose stems stand high against the skyline.

Wild flowers are many and various, the dominant plant being the Helichrysum, or 'everlasting' flowers. The everlastings can be seen in many forms, but the grey bushes of H. splendidum are most striking, especially when covered with their yellow flowers. The vegetation on the plateau has to contend with tile ludtiy species of rodents found here.

The southern part of the park is heavily forested after the land falls away from the: high plateau in a dense heather belt. The heather forest is particularly mature here, draped with many lichens.

The wildlife of Bale includes many endemic species. The park was originally established to protect the mountain nyala and the Simien fox (or jackal), which, despite its name, is more frequently seen in Bale than in the Simien Mountains National Park. The mountain nyala are best seen in the Gavsav area of the north where they spread out over the grass plains. Other wildlife in this area includes Menelik's bushbuck. an endemic sub¬species in which the males are a very dark colour, numerous Bohor reedbuck, grey duiker, warthog, serval cat, colobus monkey, and Anubis baboon. 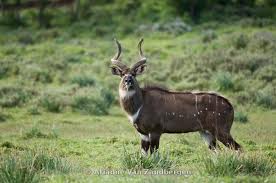 The high plateau is noted for the Simien fox, whose chestnut-red coat is in strong contrast to the grey vegetation. It preys on the numerous species of rodent found here, the biggest being the giant mole-rat. This subterranean animal, endemic to the Bale Mountains, can weigh as much as one kilo.

The forest of the south is so thick that animals are difficult to see, but there are three species of pig here - warthog, bushpig, and giant forest hog. There are also lion, leopard, spotted hyena, and, rarely, African hunting dog, which is normally found in a much more open habitat.

Bale's birds include sixteen endemic species, many of which are easily seen. These include wattled ibis, black-winged love¬bird, blue-winged goose, Rouget's rail, and thick-billed raven. Wattled cranes are often seen breeding on the high plateau in the wet season. 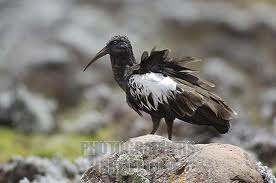 There are three ways to explore the Bale Mountains National Park: by four-wheel drive vehicle, on foot, or on horseback - although the park is best suited for walking, being a mountainous and fragile environment.If you choose to drive, there are nevertheless a few roads and tracks that can he negotiated with a four-wheel-drive vehicle.

A good area to explore first is Gaysay, which provides a good morning's or afternoon's wildlife watching and should not be missed by any visitor. Gaysay guarantees every visitor a chance to see the endemic mountain nyala in considerable numbers - as many as 400 have been seen here in a single afternoon. In addition, there are numerous grey duiker, warthog, and Menelik's bushbuck, with beautiful jet-black males. Colobus, serval cat, and baboon are sometimes seen as well. On very rare occasions leopard are sighted, and sometimes a pair of the endemic Simien fox. Birds abound, especially in the forest, and are usually heard if not seen. 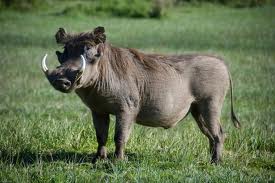 Another spectacular drive is from Goba south to Dolo-Mena, across the eastern section of the national park and the Sanetti Plateau. This is the highest all-weather road in Africa and crosses the 4,000-nietre (13,120-foot) contour through some of the loveliest mountain scenery on the continent that can be viewed from the comfort of a vehicle. It is even possible (but fust check with rangers as to road conditions) to drive to the top of Tulhi Deemtu - Ethiopia's second-highest mountain at 4,377 metres (14,357 feet).

The road climbs up from Goba through beautiful juniper and Hagenia forest and is lined with the orange-blossomed Leonotis. The forest gives way to giant St. John's wort woods — a narrow zone soon succeeded by heather moorlands. Then you are out of the forest and into the open, the mountains proper. Vistas reach out to the strange pinnacles of Chorchora Peak on the left - one of the park boundary markers — and across the sheer-sided Tegona River Gorge on the right. 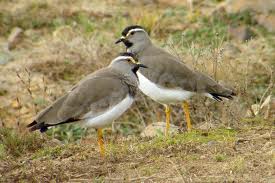 Another steep zigzag climb across heather- and scrub-cov¬ered slopes leads to the plateau through portals of weird five-metre (16-foot) tall columns of giant lobelia. The plateau is studded with numerous shallow alpine lakes, with views to the steep-sided volcanic plug of Konteh Tullu to the south and the long, craggy ridges of Mount Batu - 4,203 metres (13,786 feet) - to the west.

The road continues climbing, gently now, past Crane lakes at the base on Konteh. This is the centre of the best area for seeing Simien fox and, on rare occasions, mountain nyala. The spec¬tacular views can be even more awe-inspiring if you take the steep climb to the top of Konteh or the longer climb to the domed Tullu Deemtu summit to the west of the road soon after.

The main road continues south to the edge of the Harenna escarpment before descending through a scries of breathtaking hairpin bends. The initial heather scrub gives way after a few kilometres to Ungenia, heather, and St. John's wort forest; later-merging into lush Poaocarpus forest: enormous trees covered with mosses, ferns, and 'old man's beard' lichens. This continues down the small Rira escarpment, where, looking back, one can see the tall Gjiurule rock towers, their tops often shrouded in cloud and mist. Around their base is glorious mixed forest with bamboo and many clear, sparkling streams that are the source of the Shawe River, which the road later crosses before it suddenly ends, almost 100 kilometres (62 miles) from Goba. 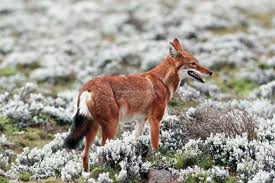 The Bale Mountains park boundary lies shortly before you cross the Shisha - a small tributary of the Yadot River. The forest gives way abruptly to dry, lowland wooded grasslands at about 1,600 metres (5,250 feet). About ten kilometres (six miles) later the little village of Dolo-Mena is reached. Here, on a market day, one will be treated to the surprising sight of camels - so soon after leaving the alpine conditions of more than 4,000 metres (13,120 feet).

Dolo-Mena is is 10 kilometres (68 miles) from Goba, but a reasonable undertaking for a day's drive is from Goba to the plateau's southern edge, with perhaps a descent of the escarp¬ment into the forest below, followed by a return to Goba. Agood campsite exists at Katcha, after Rira on the left of the road, along a track to a quarry. This is a good base for walking in the bamboo forest and for exploring the Gujurule volcanic plugs.

A third track leads south from the park headquarters, crosses the interesting natural bridge over the Danka River, and runs beneath cliffs to the edge of the Web River Gorge. It ends in a broad, flat valley, from where it is an easy walk to the beautiful Finch'Abera waterfall. 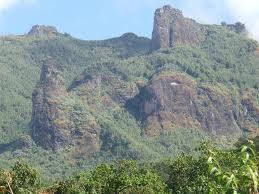 Other 'supreme attraction's in Bale include the thirteen mountain streams and many ice-cold tarns that teem with fat and beautiful brown and rainbow trout. Stocked with fry from Kenya in the 1960s, these fish have flourished in the mountain waters and offer a challenge few fly-fishers could resist. Notable among the many options are the pools below the Upper Web falls and the long, placid stretches where the river flows, green and cryclear, across the moorlands. The self-help lodge at Dinsho is the Bale Trout Fishing Club headquarters.