SORRY FOR THE INCONVINIENCE - WEATHER DATA NOT AVAILABLE AT THE MOMENT 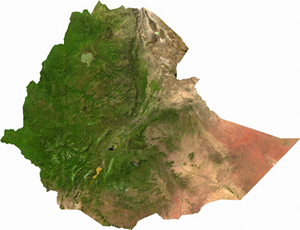 The modern capital Addis Ababa is situated on the foothills of Mount Entoto at an elevation of around 2,400 m (7,874 ft), and experiences a pleasant climate year round. With fairly moderate climate with minimal seasonal temperature variation. Addis Ababa has a dry season from October - February, a light rainy season from March - May, and a heavy rainy season from June - September. The dry season is the sunniest time of the year, though even at the height of the rainy season in July and August there are still usually several hours per day of bright sunshine. The average annual temperature in Addis Ababa is 16°C (61°F), with daily maximum temperatures averaging 20°C - 25°C (68°F to 77°F) throughout the year, and overnight lows averaging 5°C - 10°C (41°F - 50°F).

In low the lowland fringes of western, eastern and southern Ethiopia, the climate can be significantly hotter and drier. Temperature variations in the lowlands are much greater, and the heat in the desert and the low lying Ethiopian grasslands and shrublands is extreme, with occasional highs of 50°C (122°F ). Dallol, 120 metres below sea level in the harsh salt flats of the Danakil depression, has the world\'s highest average annual temperature of 34°C (93°F).