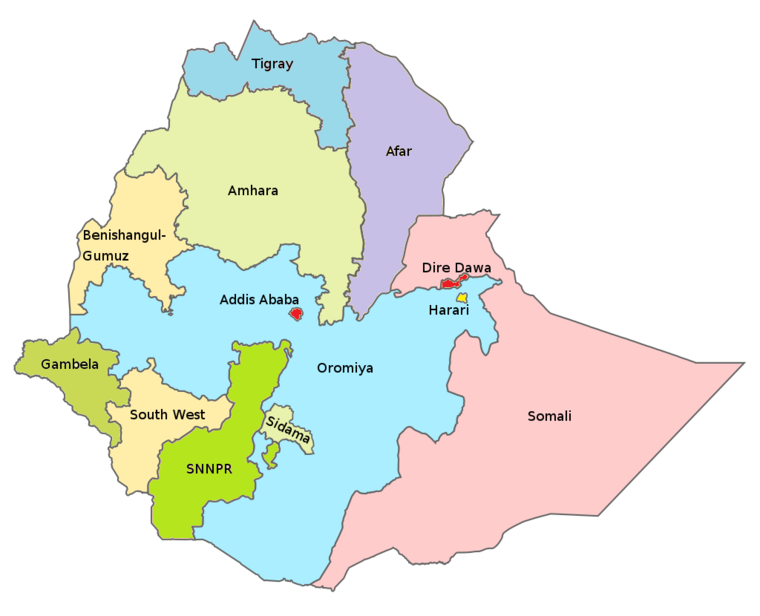 Consisting of the walled city of Harar and its immediate environs, Harari is essentially a modern revival of the autonomous city-state of Harar, which was one of the most powerful regional political entities from the 16th until the late 19th century, when it was co-opted into Abyssinia by Menelik II. The state covers an area of roughly 350 square km and supports a population estimated at 215,000, of which some 131,000 are city dwellers. Roughly half of the population is Oromo, with the Amhara accounting for another 33% and the Harari only 7%. Despite Harar's reputation as the home of Islamic Ethiopia, roughly 40% of its population is Christian. The lush farmland around Harar is known for its chat and coffee plantations, but other major crops include sorghum, maize and oranges