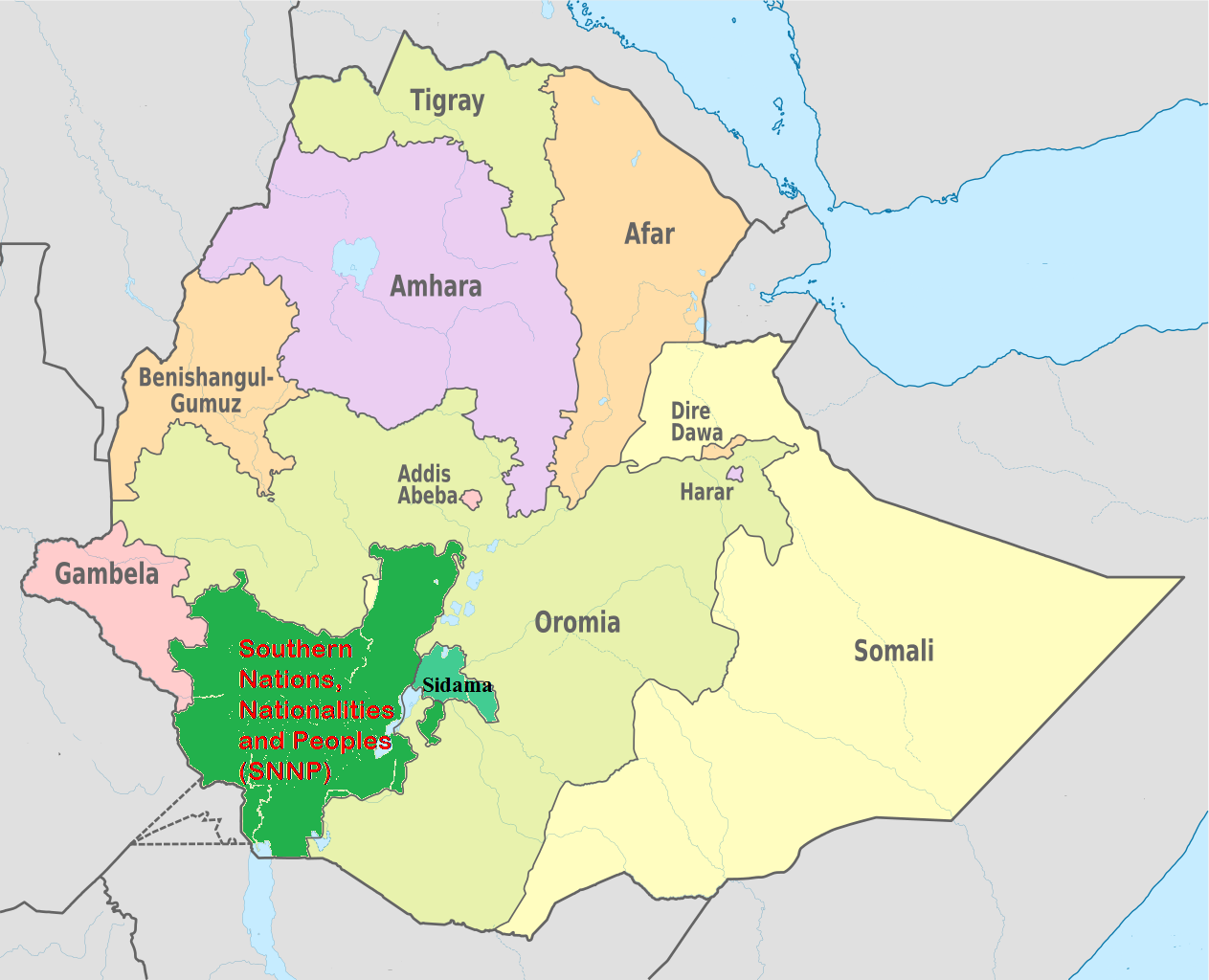 Although it smells like the handiwork of an uninspired committee, the name of this 112,323 square km region does provide an accurate reflection of its incredible cultural diversity. The regional population of roughly 17.9 million represents some 45 different ethino-lingustic groups, of which none comprises 20% of the regional population, and only the Sidamo, Gurage and Walaita make up more than 10% each. The regional capital is the modern city of Awassa, set on the shore of the Awassa lake, and much of the region lies in the relatively low-lying Rift Valley and Kenyan border area. The most important crop is coffee. Aside from the Rift Valley lakes, the most popular tourist attraction is the remote cultural tribes of South Omo zone.