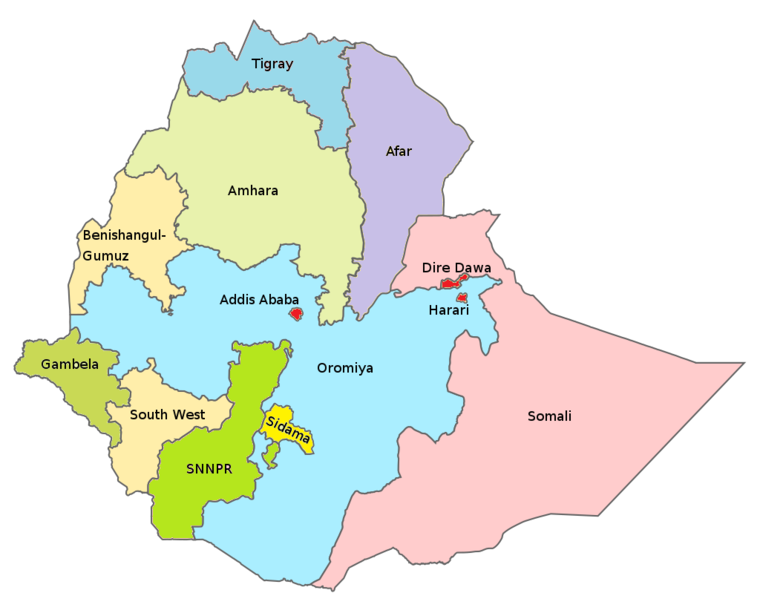 The Sidama region is one of the regional states (kililoch) of Ethiopia. It was formed on 18 June 2020 from the Southern Nations, Nationalities, and Peoples Region (SNNPR) and transformation of the Sidama Zone after a referendum vote in favour of increased autonomy in the 2019.

Sidama region is the leading coffee producing region in Ethiopia. It is generally a fertile area, varying from flat land (warm to hot) to highland (warm to cold). Economically, most are subsistence farmers. Cattle especially is a measure of wealth. The false banana or "enset", along with maize, as well as fermented cows' milk and butter, are the major staple foods of the Sidama.