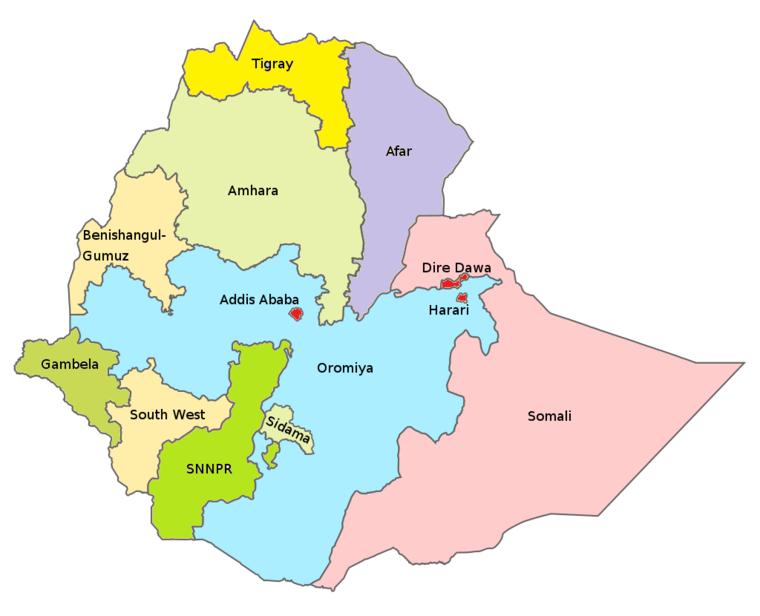 Ethiopiai's most northerly region is Tigray, which covers 80,000 square km and is administered from its capital city of Mekele. The population totals more than 5.06 million, of which 95% are Orthodox Christian and the remainder Muslim. The Tigraian people, the dominant ethnic group, are agriculturists who also herd cattle and other livestock. Tigray is drier than other parts of highland Ethiopia, and prone to periodic droughts, but the region is intensively cultivated and in some areas terraced. Tigray has been central to many of the more important events in Ethiopian history, from the adoption of Christianity by the Axumite emperor the 4th century, to the defeat of Italy outside Adwa 1,500 years later. The city of Axum and associated archaeological sites are the main tourist attractions, but the 120 rock-hewn churches scattered throughout the east of the country are also well worth exploring.